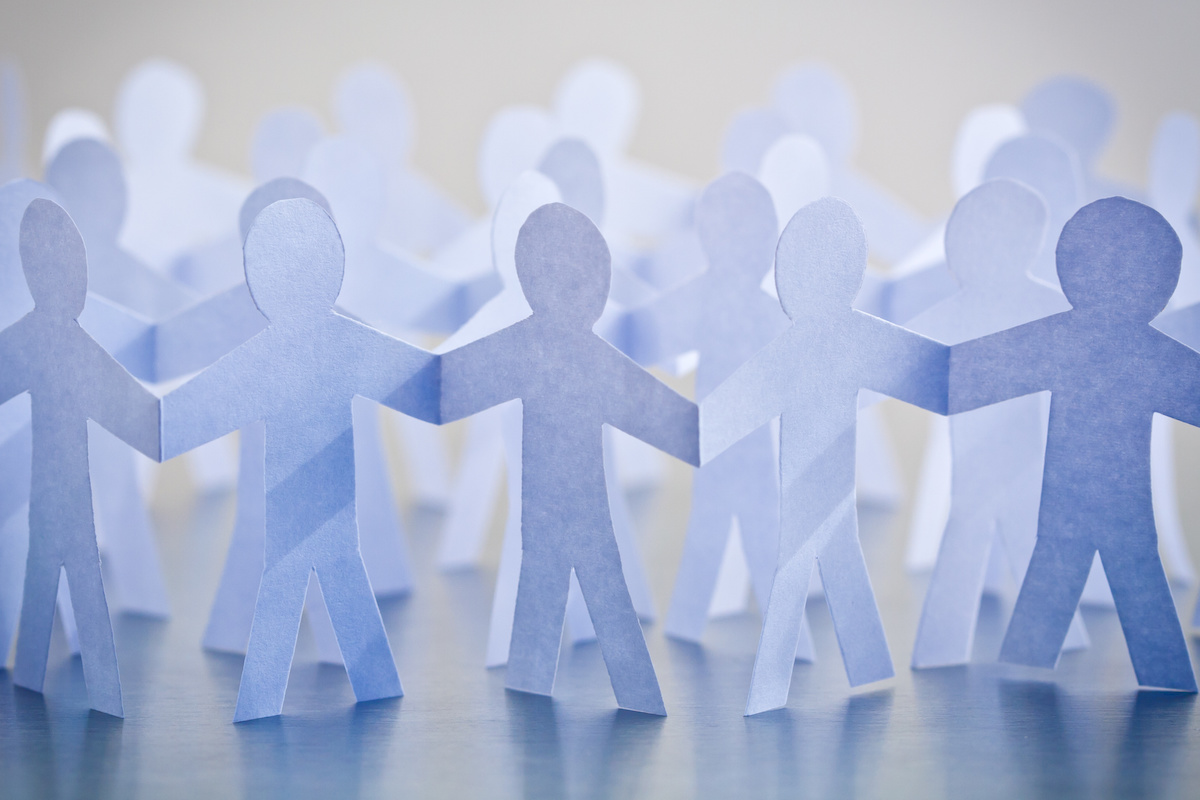 Give me a dozen healthy infants, well-formed, and my own specified world to bring them up in and I’ll guarantee to take any one at random and train him to become any type of specialist I might select—doctor, lawyer, artist, merchant-chief and, yes, even beggar-man and thief, regardless of his talents, penchants, tendencies, abilities, vocations, and race of his ancestors. ~John B. Watson

Blank slatism is the view, exemplified here with John B. Watson’s characteristic arrogance, that human nature is highly flexible and largely determined by environmental forces. Because almost all the available evidence suggests that blank slatism is incorrect, many scholars are puzzled that versions of this philosophy appear to remain popular in certain university departments and among the intelligentsia more broadly. Some critics of progressivism, such as the economist Thomas Sowell, have contended that political progressives are particularly likely to hold blank slate beliefs as a result of their tendency to attribute many social disparities to environmental and social causes and to de-emphasize genetic ones.

Others—usually those favorably inclined to progressivism, like the Guardian‘s Ed Rooksby—have argued that this is a misrepresentation, a lazy straw man argument, and that, properly understood, most progressives are not blank slatists at all. Rather, they are simply sensitive to the effects of social forces and injustices, and this sensitivity is often mischaracterized by ideological opponents as naive environmentalism. Many of these people argue that, in fact, progressives are more likely than conservatives to accept that genetics contribute to human behavior. After all, conservatives still appear reluctant to believe that sexuality is caused by genes or constrained by one’s nature. Rather, they believe it is a choice, an exercise of a person’s free will. Similarly, they are equally unlikely to attribute social failure to a person’s genes, but instead blame a person’s attitudes to work and commitment, contending that the destitute are often lazy and undisciplined.

Those who defend progressivism are partially correct; progressives aren’t blank slatists in general and indeed they appear more likely than conservatives to accept genetic causes for many human behaviors and life outcomes. However, progressives are selective or ideological blank slatists. That is, they generally accept that there is some kind of nature that constrains individuals. Richard Dawkins could never be Lebron James nor vice versa, no matter their respective diets, upbringings, or effort exerted.

The notion that progressives are selective blank slatists is congruent with theory, observational evidence, and systematic survey evidence.

One of the chief psychological differences between conservatives and progressives is that progressives are more averse to inequality. Both, of course, see disparities in the world—they see that a professor has more status than a construction worker or that a lawyer makes more money than a social worker and so on. But progressives find these disparities more disconcerting.

Where such disparities exist, there are at least two possible explanations. The first is that genes have endowed certain individuals and groups with natures that lead to better life outcomes than others (for instance, some have higher intelligence, superior athletic ability, greater musical talent, exceptional beauty, and captivating charisma). The second is that all individuals and groups are born genetically equal in their capacities to develop desirable traits and abilities, but then these natural equalities are distorted by environmental and social forces, which thwart certain individuals and groups trying to achieve their full potential.

Those who particularly abhor inequality appear to prefer the latter explanation for two reasons. First, it suggests that groups and individuals are naturally equal. Second, it suggests that equality in life outcomes can be achieved in a genuinely free and meritocratic society. The pressing political project at hand, then, is to create such a society. Accepting the first explanation (that individuals and groups naturally differ) is morally unpleasant for progressives simply because it violates their preference for equality; but it is also unpleasant because it means that society can only make individuals and groups equal by violatingmeritocratic principles with interventionist policies that favor certain groups.

The view that most humans and all groups are basically equal is a kind of cosmic egalitarianism that suggests that the universe is just and fair, but that people are not. This view ineluctably leads to selective blank slatism because if humans are, in fact, naturally equal, then the only thing that could explain social disparities are environmental forces.

So, selective blank slatism is theoretically consistent with progressives’ psychological inclinations and preferences. It also conforms to informal inferences we can draw from what we see in the world. For example, when James Damore’s “Google memo” was released, progressives immediately assailed him, accusing him of perpetuating sexism in the tech industry. Despite how scurrilous many of the attacks on Damore were, his actual memo was a generally judicious and cautious document. He simply asserted that some of Google’s diversity policies were unfair and likely doomed to failure because they failed to consider biological (read, natural or genetically caused) differences between men and women.

The consternation and outrage the memo provoked among progressives is readily explicable if we accept that progressives are cosmic egalitarians. Women are under-represented in the tech industry and, because a cosmic egalitarian cannot countenance genetic differences between men and women, this disparity must necessarily be attributed to sexism. Furthermore, anyone who claims otherwise is wilfully defending an intolerable status quo.

We now have strong, systematic evidence that supports the theory and the informal observations that progressives are cosmic egalitarians and selective blank slatists. We collected survey data from 3,274 people. We first asked traditional demographic questions, including political ideology on a 7-point scale (from 1 = very conservative to 7 = very liberal), and then asked many questions about sex and ethnic differences and the causes of social disparities. For analytical purposes, we divided participants into extreme conservatives (those who answered 1 on political ideology), conservatives (answered 2-3), moderates (answered 4), liberals (answered 5-6), and progressives (answered 7). It’s important to note that our scale did not use the label “progressive.” The term is ours to describe extreme liberals. Overall, 488 participants, or roughly 15 percent, were progressives as we defined it. Although we asked a variety of questions, we will only report seven of the most directly germane here (curious readers can examine this, which reports all of the data).

First, consistent with selective blank slatism, progressives more than others reported that men and women have equal abilities on all tasks. (Questions were on a 7-point scale, from 1 = do not agree at all to 7 = agree completely.)

And they also reported that all ethnic groups have equal abilities on all tasks more than others.

Consistent with these answers, they also reported that differences between the sexes (and between ethnic groups) were more likely to be caused by discrimination than others did. (Notice that the question/statement claims that the only reason there are differences is because of sexism. A full 130 progressives, or 26 percent, endorsed this at 7, indicating that they agree completely.)

Predictably, they also reported more than other groups that people use science to justify existing inequalities. These findings are consistent with progressives’ response to the Damore Google memo. Progressives are likely to impute nefarious motives to anyone who asserts that men and women differ biologically—even when such assertions are supported by science.

Progressives do accept a genetically caused human nature; but, consistent with the claims of their critics, they accept this much less when it is ideologically inconvenient. In other words, progressives are selective or ideological blank slatists. They accept genetic explanations for things such as homosexuality, transsexuality, obesity, addiction, and a variety of mental illnesses, but not for sex or group differences, and especially not when those sex or group differences could explain (and thus potentially justify) existing inequalities between sexes and groups.

Our data, although limited, provide compelling support for the contention that progressives are selective blank slatists. Progressives agreed more strongly than any other ideological group with statements that convey blank slate attitudes about sex and ethnic differences (precisely the kind of blank slatism a priori theory would predict progressives would hold). Most supportive and perhaps most surprising, a full 26 percent of progressives fully endorsed the statement that “the only reason there are sex differences is because society is sexist,” which is, to put it mildly, a wildly implausible claim.

It should not surprise us that progressives have an ideologically saturated view of human nature. On all sides, concerns about human nature are intense and passionate because today’s competing ideologies are premised on different conceptions of human variation and its relation to the ideal social order. With so much at stake, few are capable of approaching the evidence with an open mind. Conservatives too, as noted in the introduction, are almost certainly selective blank slatists. They appear, for example, to be more skeptical that mental illnesses, drug addiction, and sexual orientation are caused by genetics. And although conservatives do appear to accept a more constrained view of humans than do progressives, they often argue that all (or almost all) people, if they just work hard, can succeed. Furthermore, they often blame social pathologies exclusively on cultural deficits and decadence.

So, it is unlikely that either the Left or the Right has a monopoly on bias; and it is unlikely that either is absolutely correct about human nature (although, it is possible that one is more correct than the other). If we begin to understand these biases and the errors into which they lead us, then we can begin to adjust for them. We can, as it were, correct our distorted vision with the spectacles of self-conscious and disciplined reflection. The first step might be to ask ourselves a simple question: How likely is it that what we want to be true of human nature is true of human nature? In other words, if all of the “facts” about humans conform to our desires then that is strong evidence not that we are lucky, but that we are wrong.

Bo Winegard is an essayist and an assistant professor at Marietta College. You can follow him on Twitter @EPoe187

Cory Clark is an assistant professor of psychology at Durham university who studies moral psychology and free will. You can follow her on Twitter @ImHardcory